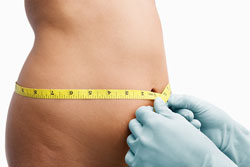 View Our Liposuction Gallery Liposuction is a surgical procedure used to remove fat deposits and reshape areas of the body. Liposuction may be performed alone or in conjunction with other cosmetic or plastic surgery procedures, such as lifts or reductive surgery. It is not recommended for weight loss, but a viable technique for areas where fat deposits won't disappear.

Procedure
Regardless of the specific area being treated, the technique is generally the same. A small incision is made in a natural crease of the skin or some other inconspicuous place. A hollow, pen-like device, called a canula , is inserted into the skin. The canula is used to suck out the fat. In some cases, an ultrasonic probe is used to break up the fat into small pieces before it is sucked out with the canula. A newer technique, called the tumescent technique, forces extreme amounts of water into the fat prior to vacuuming it out, making hard fatty deposits easier to remove. Depending on the extensiveness of the surgery, liposuction may be an outpatient or inpatient procedure.

Risks
Complications from liposuction are more serious than for most other cosmetic procedures. They include:

Infections - which can occur after nearly any surgery but can be life threatening if left untreated.

Embolism - a piece of fat can get trapped in a blood vessel and can clog pathways to the lungs and brain, which is life threatening.

Visceral Perforations - Because physicians cannot see under the skin to where they insert the canula, organs can be punctured requiring additional surgery to repair.

Fluid Imbalance - A lot of liquid is used in liposuction for fat removal. This can cause an imbalance, which may lead to heart, lung or kidney problems.

Skin Problems - In some cases, swelling on the skin above the area where the liposuction occurs remains for months. Additionally, the skin may "die," change color and slough off. 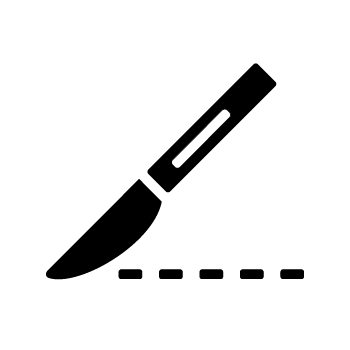